In my last post I discussed how the wine entrepreneurs of the 50’s and 60’s held the torch for others to produce quality wine in California. All we need now is a match. In this post we’ll find how a federal food bill, a bank investor report, and a little tasting in Paris helped launch California on to the world wine scene. 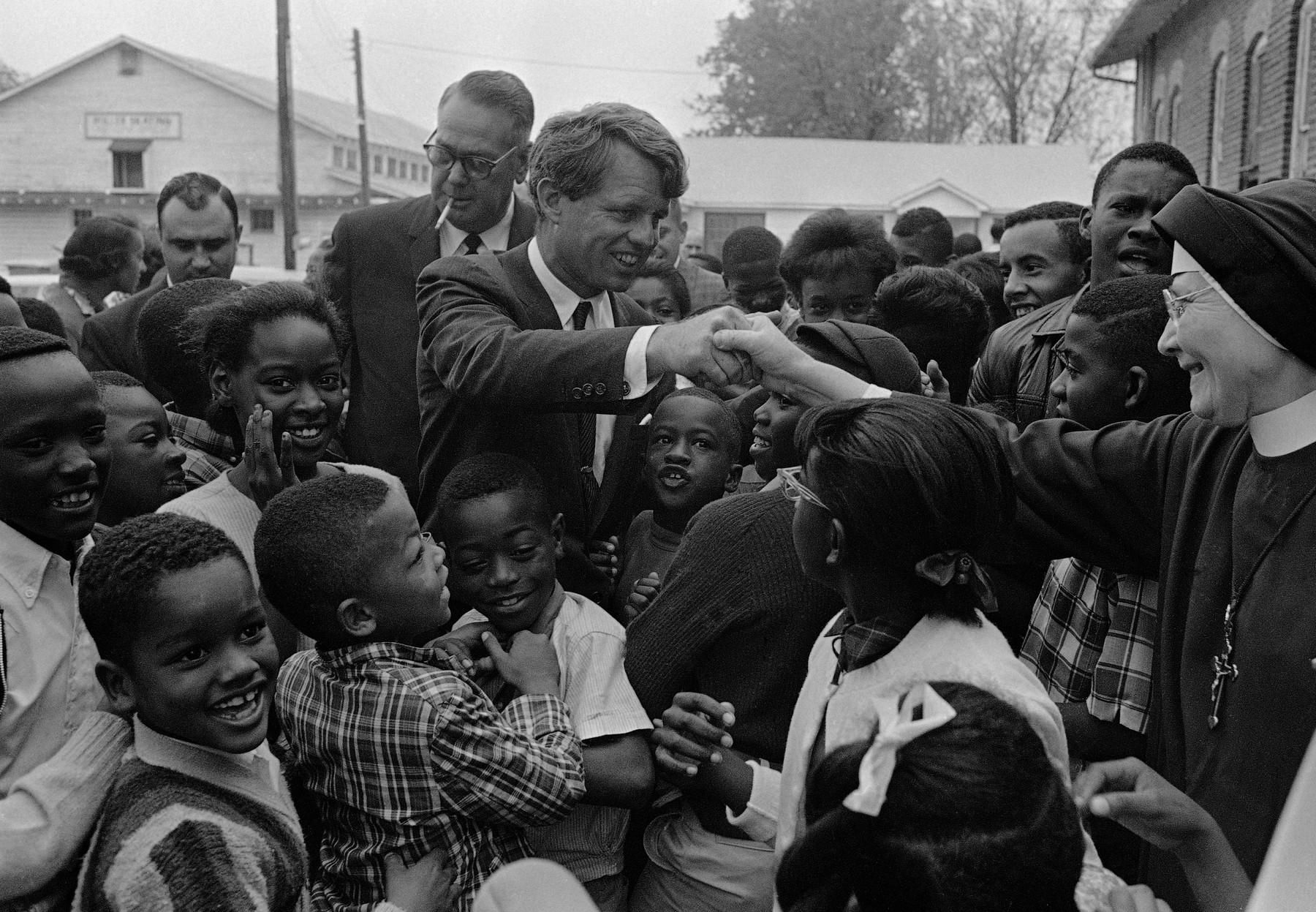 Robert F. Kennedy was late to the presidential race of 1968, but quickly became a front-runner. His liberal platform was aimed at helping poor and disenfranchised Americans. One thing that astonished him was the amount of hunger in America. The 60’s were one of the most prosperous periods in American history, yet people were starving. The problem rested on simple economics of the time. Most Americans were thriving. Unemployment was low and wage growth was high. One of the fallouts of our success was the slow rise of inflation…which would eventually bite us in the next decade. Farming during this time wasn’t nearly as subsidized as it is today. Crops were more subject to fluctuations of the free market. Farming was also being hit by a year-over-year reduction in farmers. It would seem rising prosperity was inspiring farmer’s offspring to leave their fathers’ hard-scrabble lifestyle. Thus, the rise of inflation along with the reduction of supply was pressuring crop prices sharply upward. Americans experiencing wage inflation could afford the increase, but RFK brought to light America’s working poor who could not afford to feed their families.

RFK’s tragic assassination in June of 1968 ended his run for the Presidency and Richard Nixon would become the victor. Nixon did not appear to have as much interest in helping the poor, but the hunger issue was not lost on him. He and his administration viewed it more of a security issue. America was already in a state of turmoil from Vietnam and civil rights protests. Many cities were in chaos, with the most recent confrontation at the Chicago Democratic Convention still fresh in everyone’s minds. Add mass starvation to the mix and you’ve got a civil nightmare. However, instead of following RFK’s edict of raising the poor’s standard of living, the Nixon administration chose to lower the price of food. During the first 2 years of his presidency America would see broad sweeping farm bills designed to subsidize crops, increase yields, and incentivize farming as a business. You know, farming–like corn, soybeans, wheat, and…grapes! 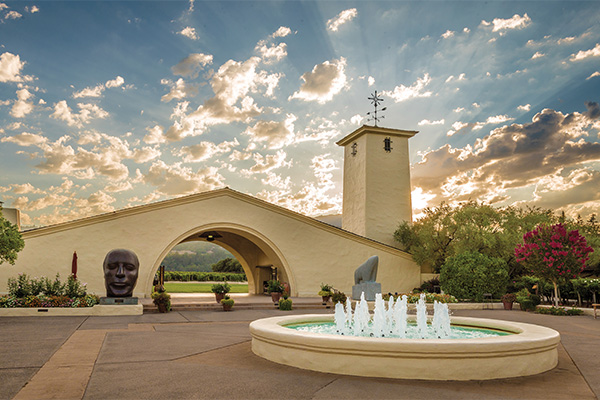 Meanwhile, back in Napa. In 1966, with much fanfare, Robert Mondavi opened the first winery in California since prohibition. His tasting room was an architectural marvel. The winery was state-of-the-art and most the vineyards surrounding it belonged to Robert and his investors. Despite relative early success, this venture required borrowing money…a lot of money. In fact, borrowing money was something Robert would famously do until his death. In that way one could say Robert Mondavi was to wineries what Donald Trump is to hotels. However, unlike hotels, at this time the wine-making business was just another farming business. From a bank’s perspective, not a high-flying investment. Luckily, at least one bank saw things differently. 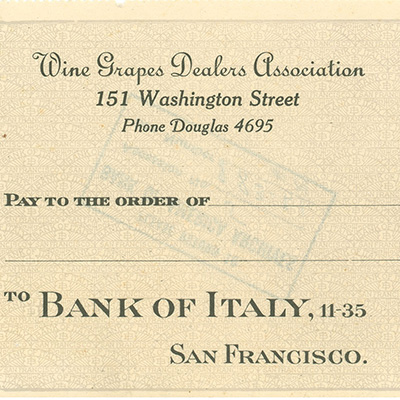 Bank of America was associated with the California wine business early on.

The day after the earthquake of 1906, Amadeo Giannini set up a make-shift table outside the rubble that was his office and began handing out loans to anyone who had a business and needed money to rebuild with nothing more than a written note and a handshake. His Bank of Italy would eventually be renamed the Bank of America, but its primary investments would stay in California for some time. BofA would compete against “gold” standard Wells Fargo for new investment opportunities in California’s rapidly growing economy. Even before prohibition BofA had investments in wine. In 1938 BofA created a marketing advisory board directed at fostering the California wine business. In 1967 it helped Gallo finance massive replanting of vines amongst its contracting vineyards. Then, in 1972 BofA put out its annual investor newsletter. This investor letter was like any other year, except this year the focus was on, yep, investing in California’s wine business. Success stories like Mondavi’s was proof there was money to be made in the wine business. The climate is right, the land is cheap, wine demand is up…but wait, isn’t this just farming? After all, this was an investor’s newsletter. What would an investor want with a grape farm? Well, since the aforementioned farm bills were passed, borrowing money to buy farm land was cheap and easy. In addition, owning a farm now comes with an annual agricultural tax deduction…and nothing makes a wealthy investor drool more than those two words. Plus, unlike other crops, growing grapes to make wine is a vertical business–in that you get to sell the finished product. Suddenly, owning a grape farm is also an investment opportunity!

It’s important to note this was an “investor” newsletter. They were the target audience–not farmers or “wanna be” entrepreneurs. Few others had the resources to simply read an article and say, “I like California, what the Hell? Let’s go for it!” For most of us it could take a year or more of planning and saving in order to make such a move. The impact was only amplified that same year when the Wall Street Journal released a similar article confirming BofA’s summary. The wine biz investor class of 1972 was officially in session.

Not since the actual gold rush had California seen such a land grab. Below is a list of some of the notable wineries that opened for business in 1972.

Some of these brands, their founders, and their wines are now household names. Many of them were inspired by the articles from BofA and WSJ. Note that all but 4 are in Napa. However, 2 in particular stand out amongst the rest. Because in 1976 a little known event way off in Paris would permanently put them, and Napa, on the world’s wine map. 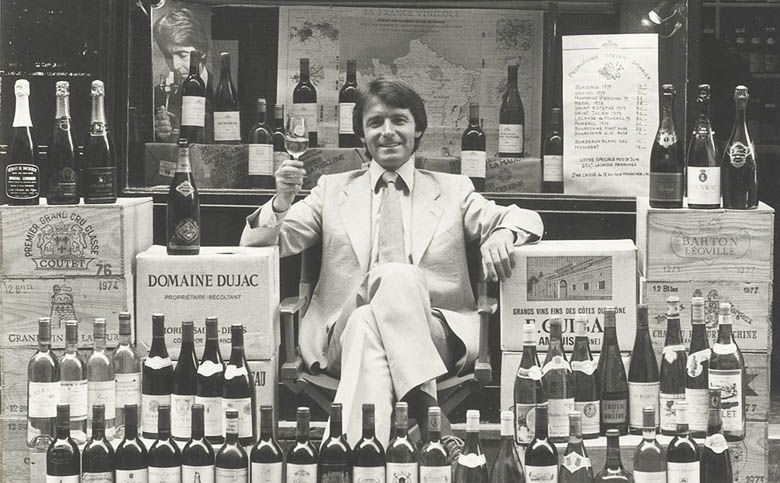 Meanwhile, Back in France

When the tasting commenced there were only a handful of attendees who knew which wines were which. Among them was a young Time magazine reporter named George M. Taber, who was there more for curiosity than a story. In his now famous book The Judgement of Paris. California vs. France 1976 he tells a story of congeniality turned confusion, turned panic. Because as the tasting went on it became clear to everyone, the experts were having trouble.

I’d like to interject an anecdote at this point in hopes of giving you an idea of what was happening. Some time ago I hosted a double-blind tasting of 10 sparkling wines (don’t try this at home, keep your tastings to 6 wines). It’s always fun to add a little challenge, so I selected a non-alcoholic brand to mix things up. We all tasted in progression (1-10). By the time we reached #6 some were starting to wonder, “did I miss the non-alcoholic one?” Each wine from then on only turned up the pressure. By the time we poured #10 we were all certain we had failed–that is until we tasted it. Despite being 9 wines deep in our cups, we instantly knew this was it and all had a hardy laugh of relief. 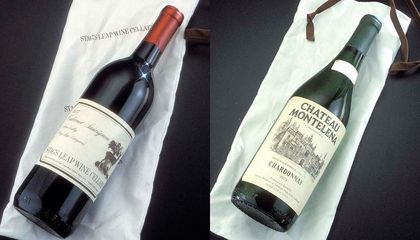 However, in Paris, things were far more concerning. The idea of admitting that American wines were on par with that of the French, for these distinguished guests, could be career ending. Taber recalls at one point a taster stood up with a glass of chardonnay and proclaimed, “At last, French!”. Too which another taster muttered, “nonsense!” At that moment everyone knew…they were lost. In the end, 2 plucky upstarts from Napa won 1st place in both categories; Château Montelena for chardonnay, and Stag’s Leap Wine Cellars for cabernet sauvignon. The world was changed forever…or was it?

In fact, initially the world took little notice. In France the event was panned as illegitimate and shrugged off–although, reputations did suffer. In the US, Taber’s four-paragraph story was buried deep in that month’s edition of Time. Excitement stirred only amongst those in the know. However, things slowly started to change when oenophiles started calling boutique wine shops (many specializing in European wine) requesting California wines. Not just Montelena and Stag’s Leap (which quickly ran out of stock), but Mondavi, BV, and others. Many of these shop owners still had no idea about the tasting, but quickly began adding more US stock to meet demand.

I arrived in CA as a teenager in 1977. My father and his friends frequented a local wine shop called Gene’s Country Liquors in Los Gatos where they occasionally held Euro vs. US tastings in a back room. It wasn’t long before these wine cronies were frequently making the 1 hour jaunts north to Napa and eventually, as I mentioned in my post about wine clubs, joined a local winery’s wine club. By the late 70’s, the word was definitely out. CA made world class wine and Napa, now according to the French, made the best.

We are (finally) near the end of my series on Napa vs. Sonoma. By now, it should be pretty obvious that by the late ’70s’ Napa has firmly established itself as a worldwide contender over-and-above other US wine regions, including Sonoma. Still, fortunes could change. There’s plenty of room for other regions to capture the limelight in the decades to come…but they didn’t. To this day Napa holds sway over other regions in regards to its prestige. In my next post I’ll discuss what, in the minds of wine lovers and experts, it is that puts Napa on its pedestal.