The Devil is in the Terroir 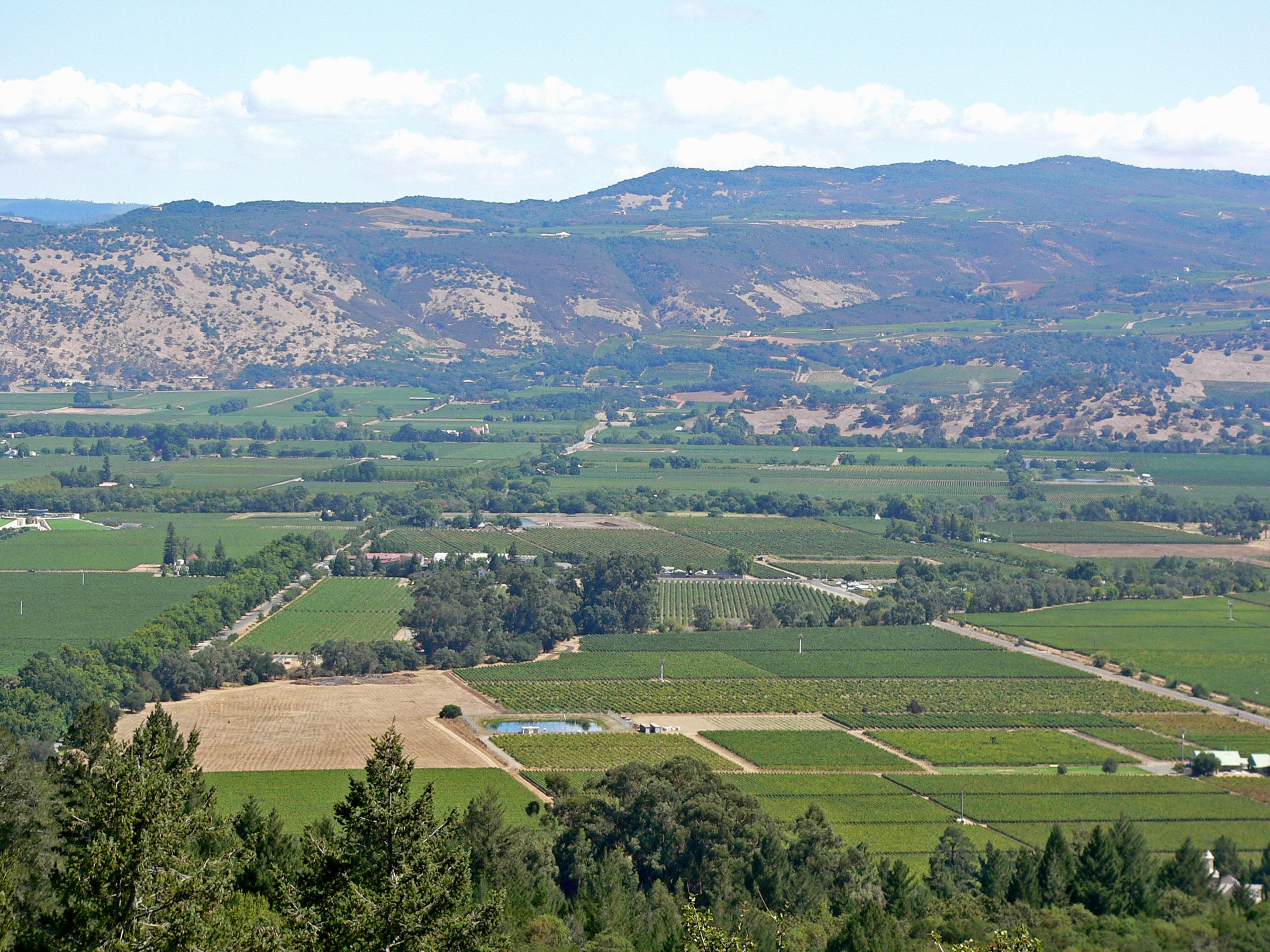 Looking east over Napa Valley with the Vaca Mountains in the distance. Wikimedia.org.

Exploring the differences between Napa and Sonoma Counties, it seems prudent to start with their terroirs–except what the devil is terroir? The French language is described as “romantic.” I’ve come to the conclusion this means the French are allowed to take liberties with the meanings of words based on emotional whim. In winemaking two of the most confusing to me are cuvÃ©e and terroir. Both seem to take on multiple meanings depending on region, application, context, or whom you talk to.  It’s very confusing for Americans. For the French, it gives fodder to arguments over a spirited game of <pétanque. For the sake of this blog let’s define terroir as:

The combination of vinification and viticultural practices made in regard to the climate, geography, aspect (topography), and soils of the location the grapes are grown and the wine is made.

Most quality wine is made in respect for its terroir. Our two counties are world-renowned as excellent examples, but our purpose (as stated in my first post) is to determine why Napa has become more famous than Sonoma. From my research it appears to me that Sonoma’s size and natural diversity have actually worked against it from the beginning.

View of vineyards in the Russian River Valley. Wikimedia.org. 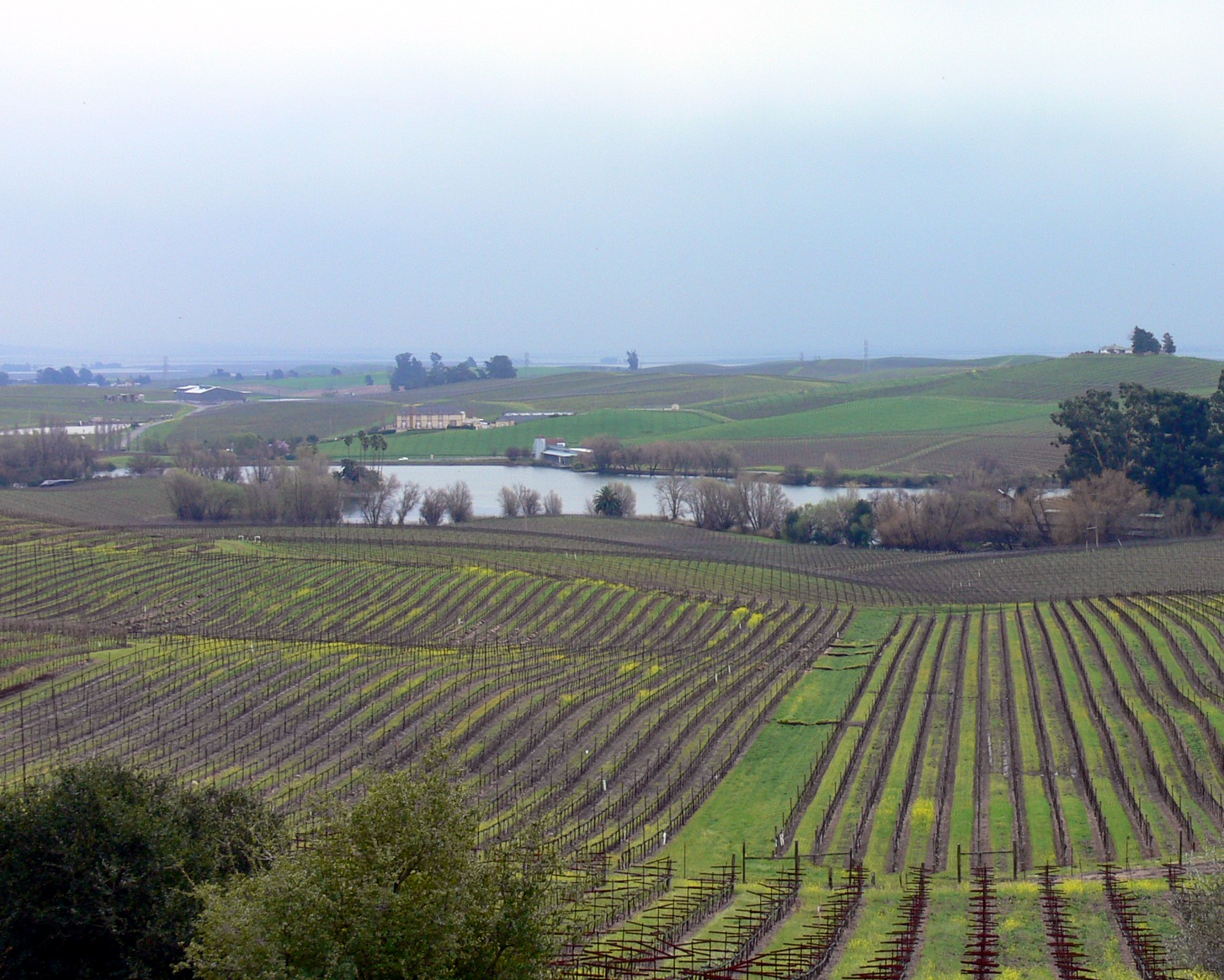 Considering these factors we can imagine what went through the minds of settlers 150 years ago as they descending on California during and after the gold rush.

Sonoma County would have seemed a farmer’s paradise with its green valleys, bodies of water, and fertile soils. Farms around the town of Petaluma quickly became (and still are) major producers of dairy products while the cooler areas around Sebastopol were preferred for growing fruit orchards. Grape growing took place in the less fertile and drier Sonoma, Alexander, and Dry Creek valleys. However, these areas were quite distinct from one another with different soils, temps, precipitation and fair distances between them without any major arteries of transportation. Thus, wine making developed in each area in isolation. 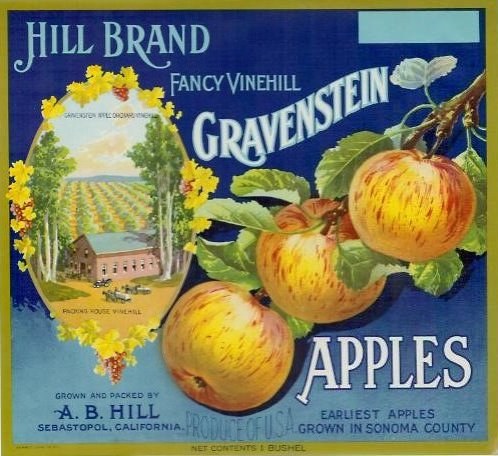 Gravenstein apple crate label from near Sebastopol in Sonoma County

Napa County would have seemed less welcoming to produce and dairy farmers. Up in the valley soils would have seemed drier and less fertile. Irrigation would have been necessary to sustain just about any cropâ€¦ except wine grapes, which would thrive in the porous volcanic and alluvial soils. One large valley split by the navigable Napa River offered a consolidated and collaborative region for wine making.

Today’s winemakers have many scientific tools in which to analyze each location’s terroir before matching viticulture and vinification. These tools help make Sonoma’s diversified and isolated wine regions successful world-class wine producers. However, even as little as 60 years ago most of these tools were not available, rendering Sonoma’s wine quality inconsistent. Napa County, on the other hand, offers a large, consistent valley terroir where simply copying your neighbor can result in a high rate of success.

In my next chapter we’ll examine the wine boom of the 1800s when just about all of California was producing wine to keep up with the slacking thirst of the gold rush.”