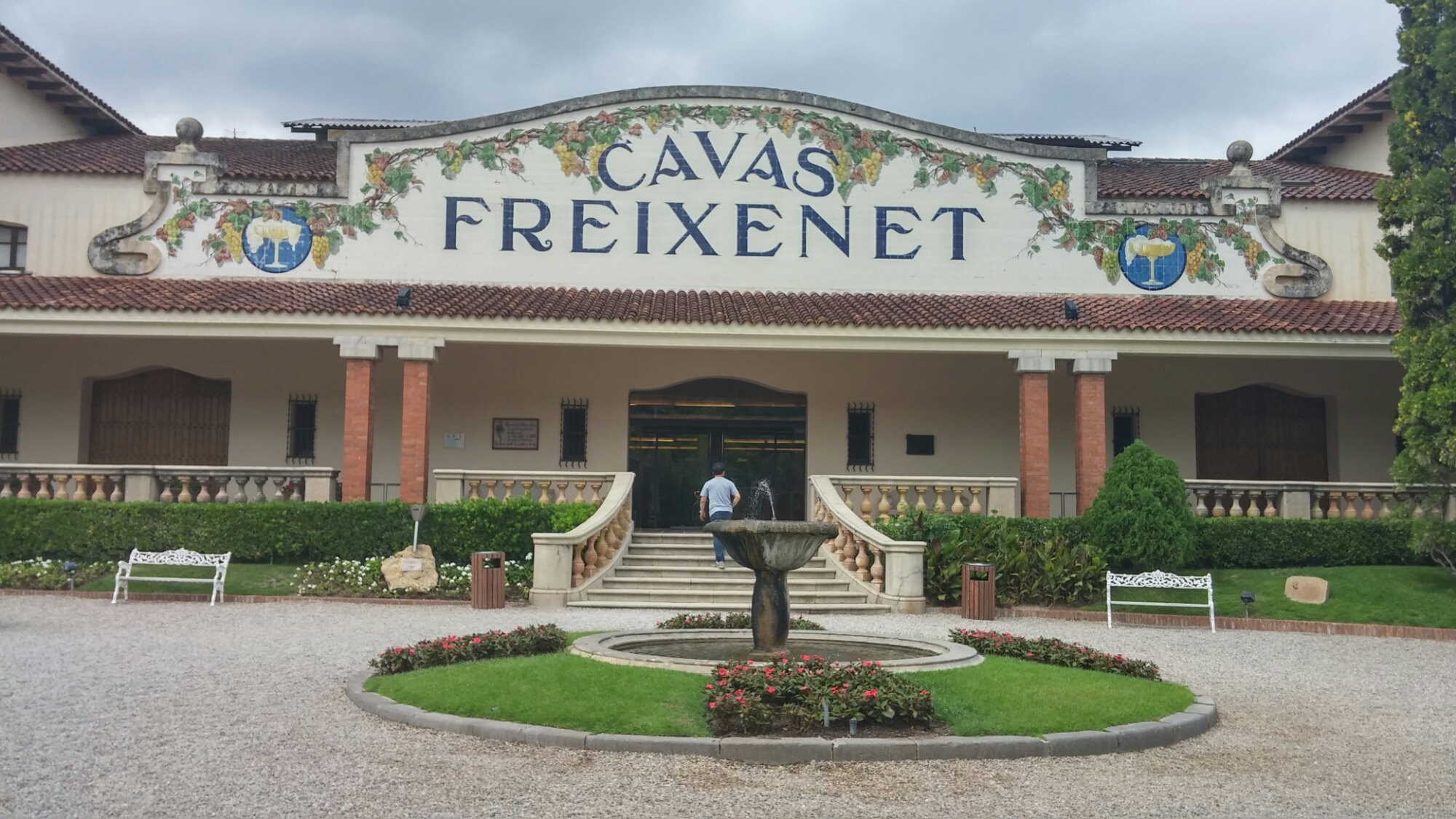 I spent the day today in the Penedès town of Sant Sidurni d’Anoia. This the unofficial capitol of Cava. All the major producers are headquartered here including Freixenet and Codorníu–both of which I toured today.

It was surprising to me how similar these wineries are: both are remarkably still family owned; both attribute their initial success to the marriage of 2 prominent wine families; both facilities sport Catalonian modernist architecture; they both use the same grapes from the same regions to make the same styles of wine at nearly the same price points; they are both multi-national (each owns a winery near my home town in Sonoma); and, of course, they are both HUGE, each producing millions of cases of Cava each year–all within 5 km. of each other. 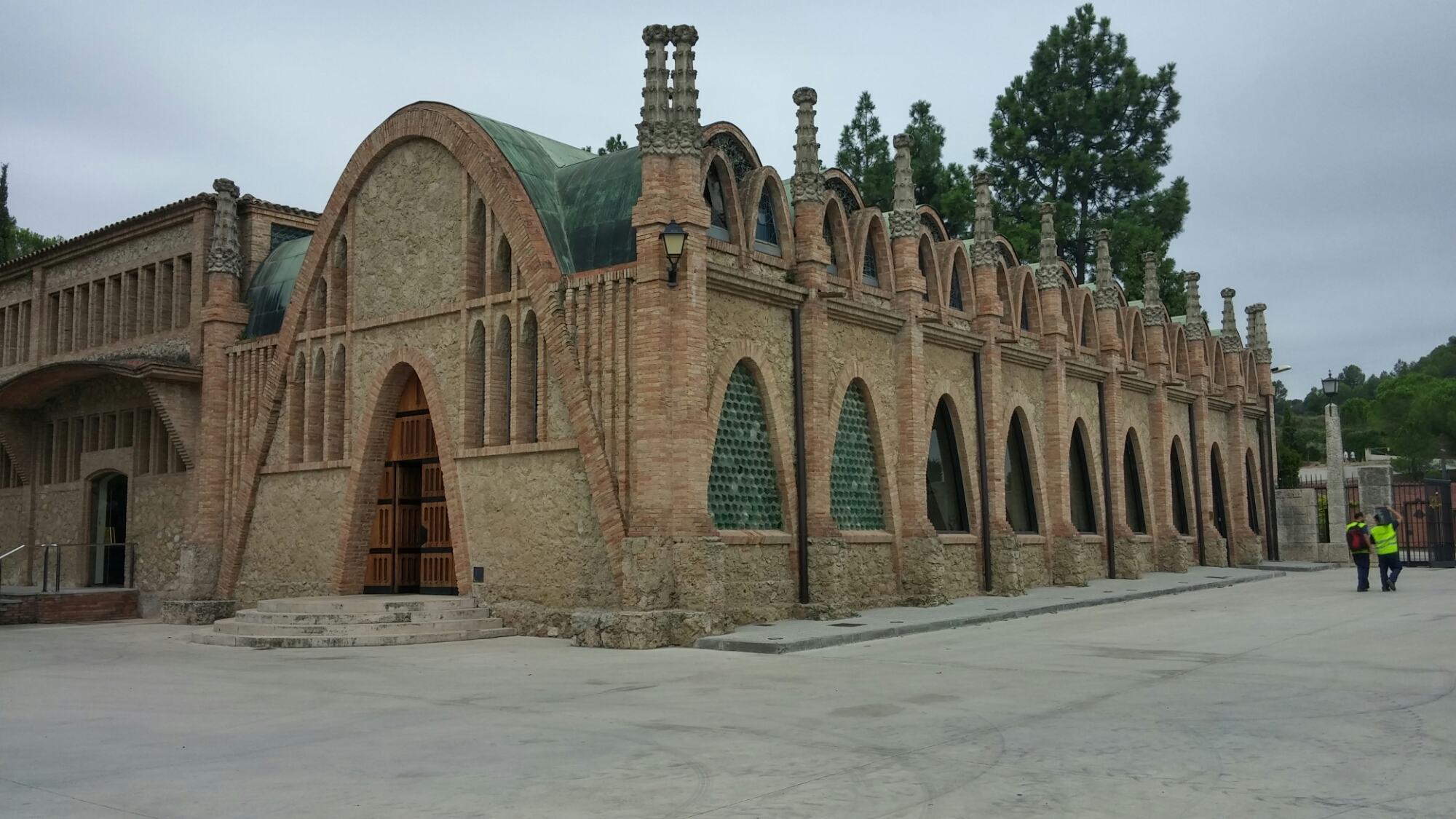 What’s most impressive about both wineries is their history, their traditions, and, especially, their caves. After all, they inspired the name change in 1972 when France outlawed the use of Champagne. Both wineries built caves early on, only to rebuild them years later to suit modern production techniques. The results are networks of catacombs that would make the Romans blush. Most of each tour is spent in these caves. Indeed, for both wineries the tours are really the only remaining use of the old riddling caves. 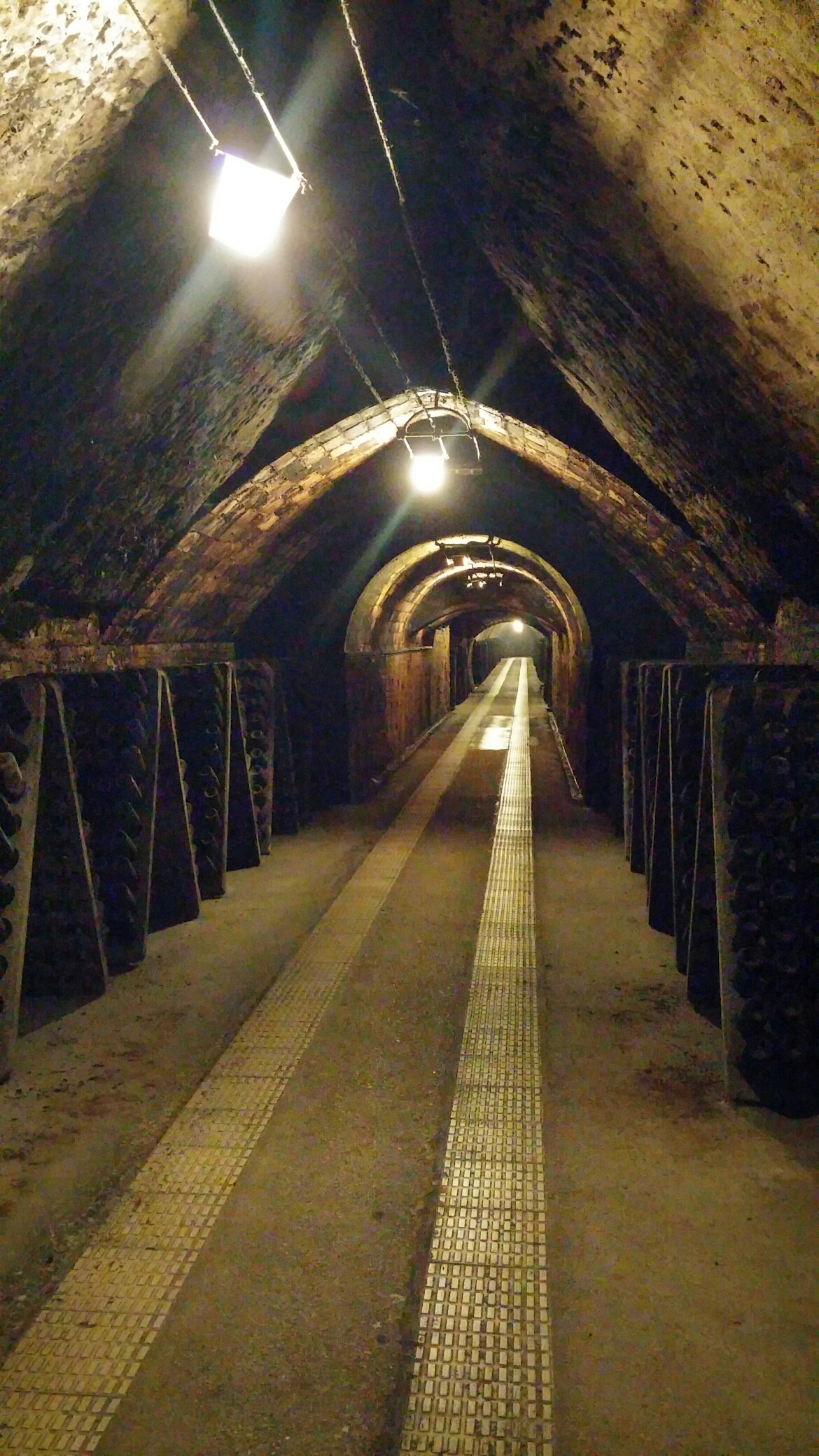 The old riddling caves at Codorníu

Of the two, I’d have to say Codorníu’s was the most impressive. They are the 17th oldest corporation in the world and were the first Cava producer in Penedès in 1872. You can’t help but feel the weight of this history as you burrow below. 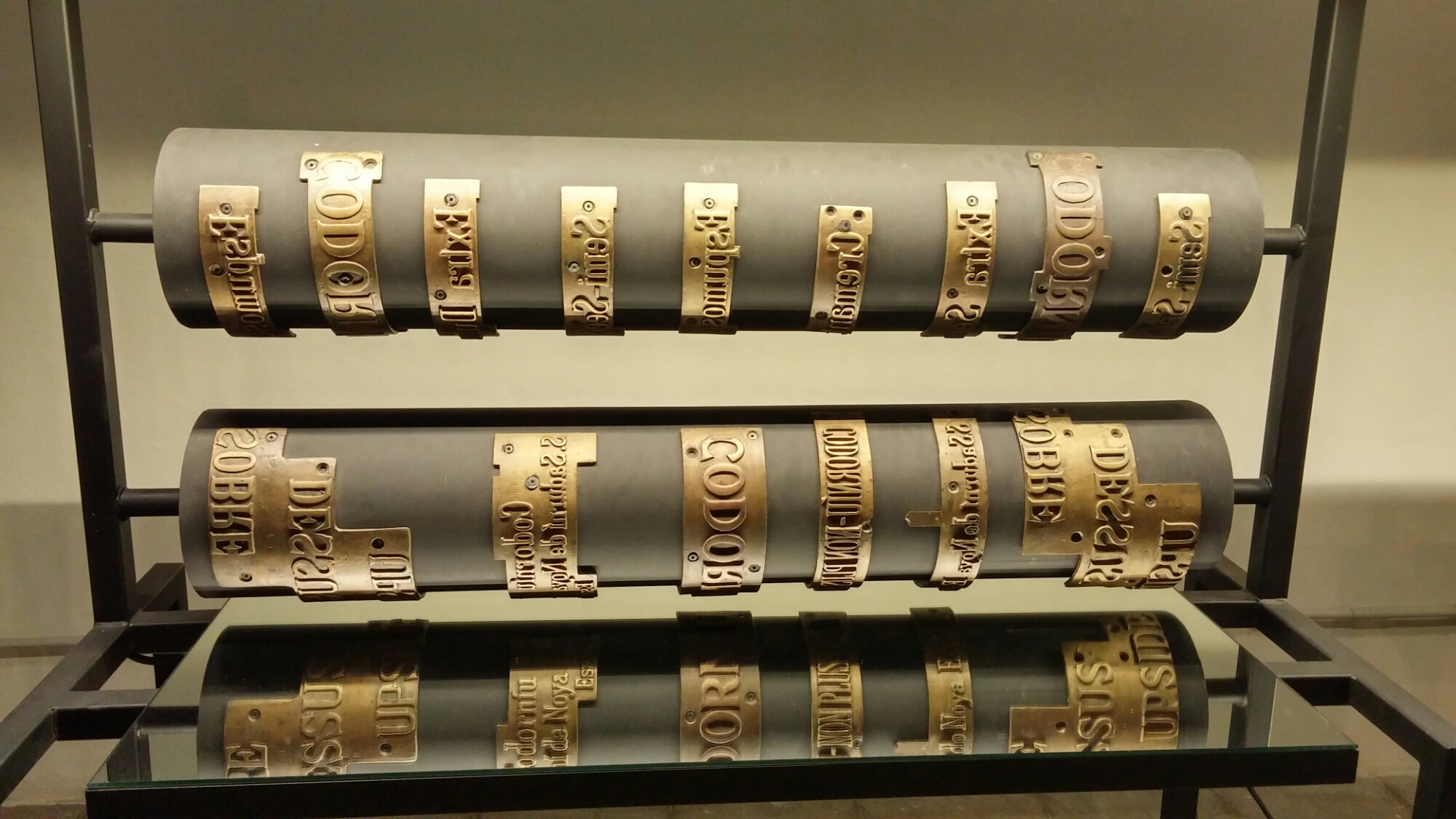 Before the 20th century, Codorníu's operations were completely vertical. They supplied their own power, printing presses and bottle forging on premise.

As for the wine? Well, on tours like these you can’t expect them to crack open the good stuff. Freixenet was particularly disappointing as they only supplied a glass of Cordon Negro. Quite possibly the only wine every one on the tour could buy at home. I chose to forgo it and purchased a glass of their Cuvée Prestige Reserva Real which was Xarel-lo dominate and spent 30 months on the lee’s in chestnut barrels to give it some nice toasty notes and complexity…but a little pricey at 30€. 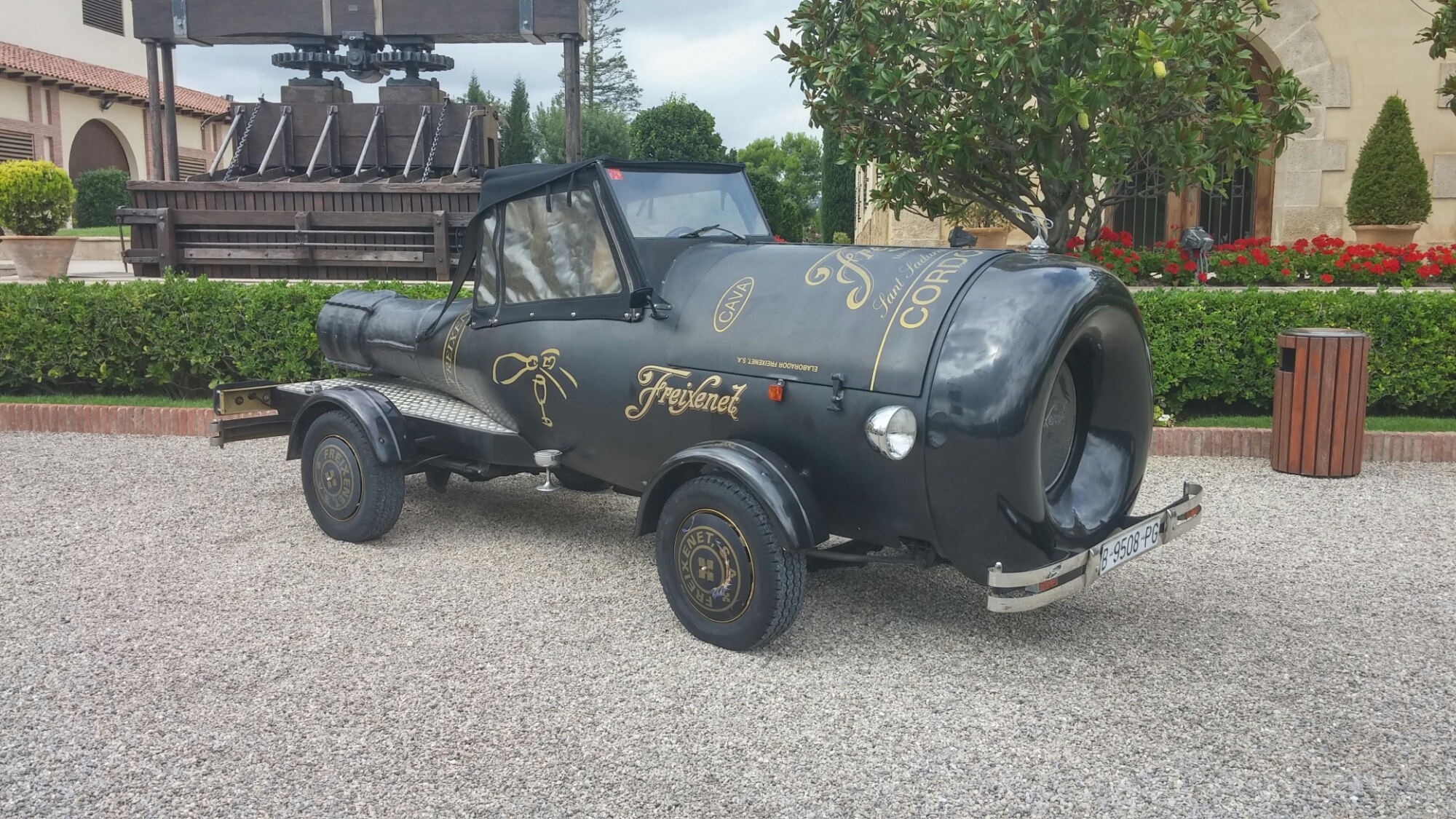 Freixenet Cava mobile. Behind it is an old volume grape press.

Codorníu offered two non-traditional choices of their Gran Codorníu pinot noir roséÂ  and chardonnay sparklers. These were both new world style fruity numbers. The rosé in particular was bursting with strawberry-raspberry red fruit followed by a nice dry floral-potpourri finish. The chardonnay started out with traditional stone fruit and melon, but ended with a sour lingering finish. A typical problem I have with blanc de blancs that don’t see significant lee’s exposure. Decent buys at 9€ each.