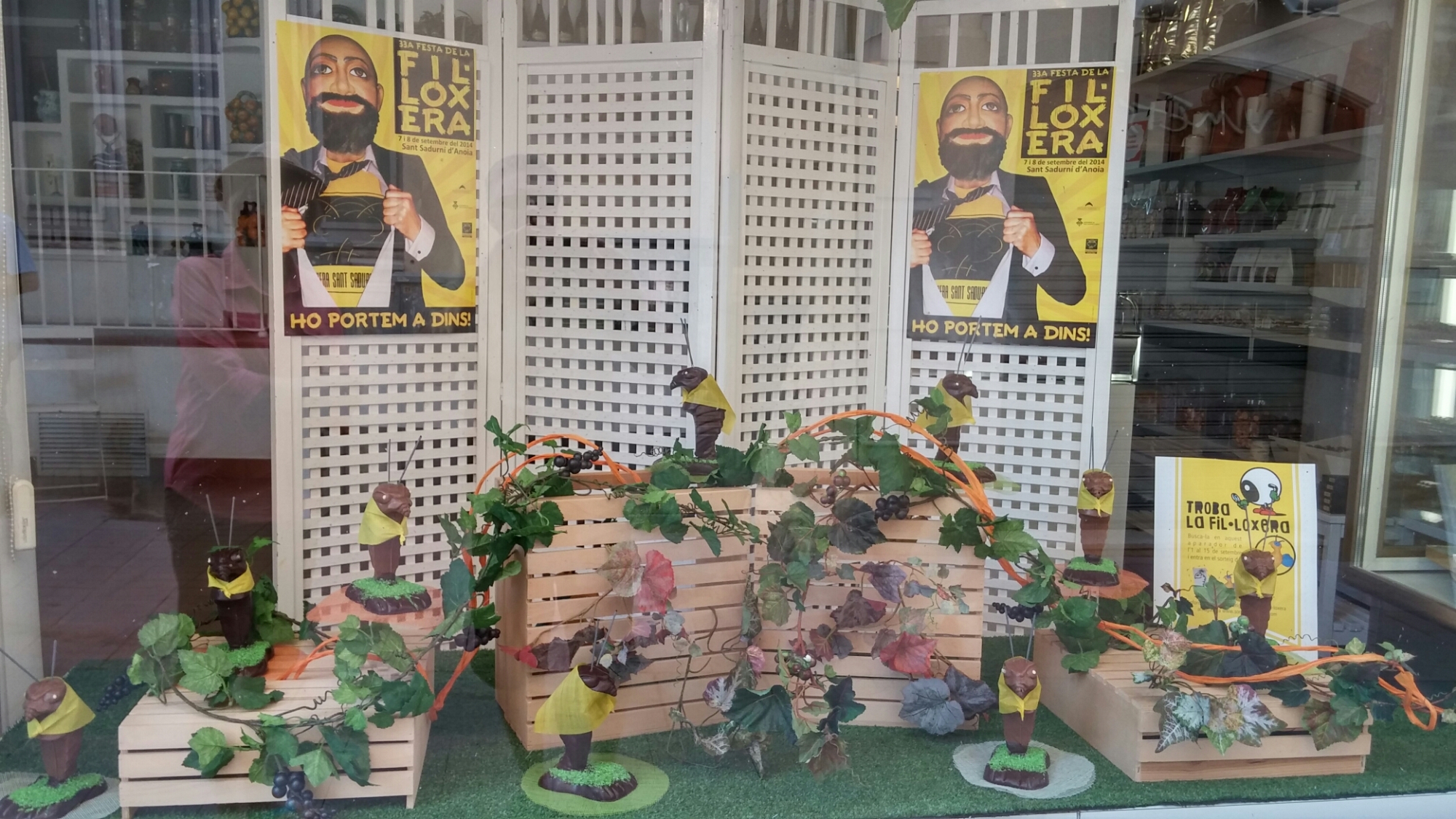 While rambling about in Sant Sidurni d’Anoia (aka Cava Capitol) I couldn’t help but notice signs every where for an upcoming phylloxera festival. Now if you know anything about wine you know that phylloxera is probably the least likely candidate for a festival. So, I just had to find out. Do the Catalans just have a warped sense of humor?

Well, as out turns out they actually have good reason to celebrate. Phylloxera is a louse native to the eastern U.S. which has an affinity for munching on grape vines. Early in the 1860s it found its way out to France and proceeded to munch its way through 80% of their crop, effectively bringing the world’s most prominent wine export business to its knees at a time when the average European was consuming 150-250 liters of wine per annum!

Around the same time, here in Catalonia measures were being taken to improve the quality of their own wine industry. Xampany (sparkling wine as it was called then), in particular was coming into its own world acclaim. Suddenly, this region found itself the world’s favor…all because of an unwelcome louse. Sales of all Catalonian wine sky-rocketed during a 10 year period known as the “golden age.”

By the time phylloxera made its way to Catalonia in 1879 vine grafting had already been adopted as a solution (as it is today). So, one country’s plague is another’s bounty. It seems to me every bottle of Cava should be like Mezcal with a little louse in the bottle instead of the worm.

More info in the history of Cava